The African Union (AU) is set to hold the 32nd Ordinary Session of the AU Assembly on February 10 in Addis Ababa, Ethiopia.

Preparation for the Assembly started with the meetings of the Specialized Technical Committees (STCs) from different African capitals, towards the end of 2018.

Then the meetings of the Permanent Representatives Committee (PRC) which up to Thursday night were still ongoing.

Discussion for the February Assembly are themed on; ‘Refugees, Returnees and Internally Displaced Persons: Towards Durable Solutions to Forced Displacement in Africa’.

The Committee of Ministers of Foreign Affairs will converge in Addis Ababa from February 6 to 7 to prepare the final documents for consideration of Heads of State and Government.

Sources say President Yoweri Museveni is expected to be present at the Assembly. Museveni who is known to be the AU champion and leader on political integration of the African continent will present his Paper on Integration at the Summit.

President Museveni will be accompanied by several Ministers and technical team whose thematic areas will be up for discussions.

Among the Ministers is that of Finance, Matia Kasaija, who is expected to guide on the AU assessed contribution. Countries are expected to make commitments on when they will honour their part.

Minister for Trade, Amelia Kyambadde who is the Chairperson of the African Ministers of Trade (AMOT) is expected to guide on the discussion of the African Continental Free Trade Area( AfCTA).

It should be recalled that Uganda deposited the Instrument of Ratification last year.

The Minister of Education, Janet Museveni is excepted to handle several areas in Education and Programs of the African First Ladies (OFLA) where she is a champion. 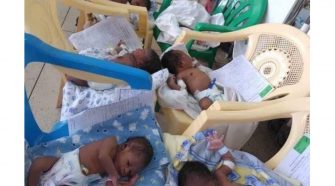