The National Resistance Movement (NRM) Electoral Commission has announced that the party shall maintain Andrew Martial as the flag bearer for Igara East by-election and shall, therefore, not hold primaries.

“We call upon the NRM fraternity not to play any funny politics, you should all rally behind the official flag bearer,” said Dr. Tanga Odoi, the Chairman of the NRM Electoral Commission.

Martial lost his seat after court ruled that he had commited bribery contrary to section 61 (1) of Parliamentary Election Act.

Addressing the press at the party headquarters in Kampala, Tanga Odoi noted that they have analysed the Court ruling and found out that Martial is free to stand again on the party ticket.

“The court ruling did not nullify Martial’s candidature as a party flag bearer, we call upon all party members in Igara East to rally behind him,” Tanga said.

Tanga has also revealed that the party electoral commission is embarking on a verification and certification campaign of all flag bearers for LC1 elections.

“As NRM we held primaries for LC1 elections in 2015, but it has come to our knowledge that some of the flag bearers died, others lost interest while others stood for other elective positions,” Tanga said.

He added that, “We are now embarking on a campaign to make sure that we verify those who are still eligible to stand and where we no longer have candidates we shall go on and hold elections through secret ballot.

The National Electoral Commission has set December 14 for the by-election. 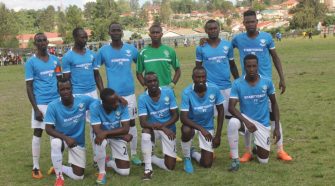