Nominees for this year’s HiPipo Music Awards slated for March have been unveiled.

The Awards now in their 8th year will see singers in Uganda and across Africa compete for accolades in a number of categories. The Gala night will  take place on March 16 at Kampala Serena Hotel.

The list of nominees from across Africa was released between January 2 and 4.

There are 10 Africa centric categories including Africa’s Number 1 Award. The categories highlight excellent works of art from over 15 African countries.

HiPipo Awards recognize artistes that have been a trailblazers across Africa on different measures.

Eligibility is based on an artiste that has been active or released audio or video music content within 12 months prior to 1st November of every year.  The 12 months eligible period is for works (audio or videos) commercially released between October 2017 to November 2018.

Nominees are assessed on metrics such as music video views and different social media following.  The 6 nominees had over 377,600,000 music videos views during 2018 i.e. an average of 63 million views in 2018.

The individual songs competing for Africa Song of the Year  and Africa Video of the Year categories accumulated over 201 million views in 2018 with an average of 20 million video views each during 2018.

On the Ugandan front, nominees include artistes that have had a high-performance musical year are among the top nominees in categories such as song of the year, video of the year, written record of the year, best male, best female and artist of the year.

Organizers say the event will have top notch production, star studded performances and glamourous red carpet at the Kampala Serena Hotel come Saturday March 16, 2019. The gala event will have Tickets going for Shs 100,000 each while VIP Tables will cost Shs 3 million.

While all nominees are winners and are greatly celebrated, the gala event final winner is one that accumulates the highest number of votes as per the voting criteria which will be strengthened with the Music Assembly. The Music Assembly will have a vote that will contribute 30 per cent to 8 categories among which will be Artist of the Year, Song of the Year and Video of the Year while the rest of the categories as always will be fully decided by the fans vote.

Voting will close on March 15.

Below are nominees in some of the HiPipo Music Awards categories

Africa Song of The Year

Artist of The Year (Uganda)

Song of The Year (Uganda) 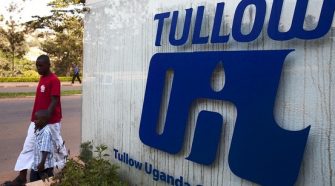