National Water and Sewerage Corporation (NWSC) has Friday announced that it will embark on a sanitation projects which will see 4,000 public taps constructed for the urban poor in Kampala, Wakiso and Mukono.

This was revealed by the NWSC Managing Director, Dr Eng Silver Mugisha during a news conference in Kampala on Friday morning.

He said that 1,000 taps will be constructed every year within the Kampala service area until the year 2021.

The initiative is fully funded by NWSC and is intended to accelerate water coverage to low income earners.

Currently, the Corporation has installed over 90 public taps since the project started in December 2018, with works commencing in Rubaga Division.

“We have now lauchdd a big project. We hope that by June 2021, we shall have added 4,000 public water points. All these efforts are aimed at augmenting the hygiene and sanitation management in Kampala,” Dr Eng Mugisha told reporters.

He said these interventions seek to prevent cases of Cholera within the city.

The announcement comes at a time when authorities in Kampala have stepped up public sensitization against poor hygiene in the wake of a Cholera outbreak in Rubaga Division this week. The Ministry of Health said earlier this week that 2 Cholera cases had been confirmed.

The NWSC Managing Director said the water will cost Shs 25 (from NWSC) per jerrycan and that the caretakers of the water points will not charge users more than Shs 50 (per jerrycan).

He said that under the intergrated project, toilets and a sludge handling facility will also be constructed at Nalukolongo.

In preparation of the works, the NWSC General Manager for Kampala, Eng Andrew Sekayizi and the Resident City Commissioner (RCC) for Kampala, Hajjat Faridah Mayanja Mpiima conducted an inspection tour of the proposed sites for the public taps on January 7.

The team met with the local leaders and parish coordinators of the proposed project areas. 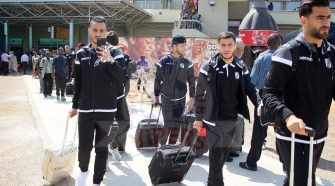