Yesterday, Police in heavily armored vehicles blocked a music concert by singer turned politician, Kyadondo East MP, Robert Kyagulanyi aka Bobi Wine. I feel a lot of sympathy with Bobi Wine because concerts are the way he earns a living. Blocking him from hosting them is literally denying him the right to live. In an ideal world, this is unacceptable. It is therefore understandable that many people would be angry.

Across social media, Uganda’s pseudo democrats rallied in defense of Bobi Wine’s “right” to host a concert. It is a right I am willing to defend even with my own life. However Bobi Wine is himself not respectful of the freedom of those who disagree with him. Bobi Wine wants power to do onto his opponents exactly what President Yoweri Museveni does to him.

Therefore the defense of Bobi Wine’s right to host concerts is not a defense of his right to freedom and liberty as many may think. Rather it is a defense of the right of a radical extremist group intolerant of dissent, and always willing to employ physical and psychological terror on its opponents, to also capture power and load it over others. I find it difficult to defend the right of this neo-nazi cult to organize for power.

For the most part, the African intellectual elite is a lost human soul. He/she has a view of liberal democracy that is rooted in hallucinations, not reality. He/she treats struggles for power as if they were struggles for democracy, freedom and liberty. As a result the nations on Africa have been clutching from one tyranny to another, causing the same intellectuals to keep blaming leaders, not recognizing their own role in propping up these leaders.

In 1971, these Ugandan intellectuals supported, helped and welcomed Idi Amin’s overthrow of the Milton Obote government. Obote’s administration had many problems but it was a much more benign authoritarian government than Idi Amin’s murderous regime. I have many disagreements with Museveni’s rule but these cannot blind me the dangers evident in the forces propelling Bobi Wine most especially their total, absolute and complete intolerance of divergent views and disregard for the rights of others!

Bobi Wine can only replace Museveni’s enlightened authoritarian administration with an anarchist, chaotic and tyrannical tinpot dictatorship! The evidence of this is so overwhelming that even the blind can see it. Why some of our enlightened intellectuals are blind to such obvious dangers is itself blinding. Just visit social media and see what they say and do. If these social media bullies do not stand for what Bobi Wine stands for, he has all the freedom to condemn them. He has never and will never! Why? Because he shares their values.

The liberal democratic ethos is very weak on our continent. Consequently, our elites mistakes struggles for power for struggles for freedom and liberty. Even Adolf Hitler would would find mass support among our “democratic elites” if he stood against an incumbent even though his personal views and the conduct of his nazi party were clearly antithetical to liberal democracy. That is the tragedy of Africa.

‪Bobi Wine is not fighting for anyone’s freedom but for personal power so that he too can establish his own dictatorship. I find it hard to defend the rights of one potential tyrant to usurp power from an incumbent one. If Bobi Wine believes in freedom, he must first defend the freedom of those who criticize him from the cyber bullying of his social media terrorists! Give him power and his army cyber bullies will act like Museveni’s police or even worse. Why then do so many of Uganda’s elites rally around him with claims that they are defending the cause of freedom and liberty? ‬

‪I have just been watching a BBC Hard Talk interview of Nelson Chamisa, the leader of the opposition Movement for Democratic Change (MDC) of Zimbabwe. I was impressed because throughout the interview Chamisa condemned those of his supporters who exhibit intolerance and employ both physical and psychological violence against people who disagree with them. He even claimed he had reported to police some of his supporters who use physical and cyber violence against opponents. ‬

‪Now Chamisa could have been lying. But the fact that he found it important to distance himself from the violence and intolerance of some of his supporters reflect a mind conscious of democratic ideals. Bobi Wine and Kizza Besigye make no effort at all to distance themselves from those of their supporters who employ cyber bullying and physical violence against opponents.

‪These Ugandan “intellectuals” support Bobi Wine only and only because he stands in opposition to Museveni. They do not care what values he stands for and what forces are propelling him to power. They do this largely because in Uganda’s current situation, it is cool to be opposed to Museveni. To be seen to be against Museveni is equal to being on the side of the down trodden. This is the real tragedy of Uganda and Africa. Anybody and anyone can claim to be a democrat just by shouting slogans, however empty, against an incumbent. ‬

‪If Bobi Wine came to power, it is these, his fanatical supporters, that will be in control of the state with power to decide who should appear on television or radio, write in newspapers, hold a rally or host a concert! If they cannot tolerate dissent out of power, what will happen when they get hold of the state’s instruments of coercion and repression – the army, police and their tanks and APCs? ‬

‪I see the US embassy along with EU ambassadors in bed with Bobi Wine oblivious of his demonstrated disregard for liberal democratic ideals. Western diplomats bring only prejudice to their work, hence their constant support of every upstart who shouts dictatorship at the incumbent.‬

‪I urge Bobi Wine and Besigye to watch the Chamisa interview on BBC and hopefully to pick one lesson or two. For now, only naive and pseudo democrats shopping for cheap popularity can stand in honest defense of Bobi Wine and his desire to grab power to establish his own dictatorship! ‬

The writer is the Managing Editor of the Independent Magazine. 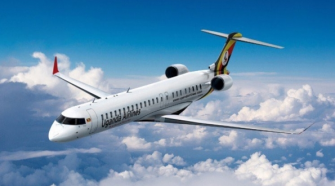