So Uganda’s messiah, Bobi Wine, has been on the international media circuit to sell his message for change. If you have watched him speak, you now know the real problem with Africa. It is not leaders. Those are a consequence, not the cause, of the continent’s state of backwardness. Otherwise how can such a clueless person be the one embraced by so many for deliverance from an “aging dictator” to the promise land of democracy and economic prosperity?

In his early days, President Yoweri Museveni used to make a very insightful point. He would argue that African societies are characterized by the dominance of backward forces. These propel backward elements with parochial interests into positions of power. Once in power, these forces in turn promote retrogressive policies thereby perpetuating the vicious cycle of backwardness.

Bobi Wine’s hosts in his international media debut were exceptionally kind to him and therefore sought to ask him the simplest questions. Yet he could not even articulate his alternative vision for Uganda. And I hear he went to university. Bobi Wine wants change. We all agree with this! But what are the policies he will put in place to increase the rate of GDP growth, to create jobs for the unemployed youth and to ensure the effective and efficient delivery of public goods and services?

His hosts, just like all western and African journalists, carry a prejudice. They believe African leaders are inherently evil people who should be removed. So when African leaders appear on their programs, they ask tough questions even on allegations they present as facts. But when African opposition leaders appear on such talk shows, the hosts treat them as victims and give them a pass. That is how Bobi Wine was treated.

Yet even with this he was unable to answer the simplest of questions. He kept repeating that he is fighting for the freedom of Ugandans denied them by Museveni. No host asked him about the intolerance and cyber bullying of his supporters online and the physical assault and intimidation of others on the streets.

If Africa has consistently replaced one corrupt tyranny with another it is partly because those responsible for exposing the empty rhetoric of the alternatives never do their job. So my son Shaka Ssali, please keep this in mind next time.

Bobi Wine made a big case that he was beaten with a metal bar on his head, even making him unconscious. But how can this happen even without a wound or scar on his face? Unless SFC soldiers massaged him with the iron bar, his smooth face does not exhibit the grave injury he, his wife and the Uganda Human Rights Commission led me to believe. It is possible they beat his other body parts including squeezing his balls as he claims. But the claims of an iron bar on his face? Nooooooo!!!!

In the end, one needs to be blind or stupid or extremely biased or irresponsible not to have noticed that Uganda’s messiah does not know what he wants and doesn’t have any future in mind for our country. The only agenda he has is Museveni agende! This is exactly like all his other allies in the opposition, with the exception of the noble Mugisha Muntu and his confederates. The rest think that when Museveni leaves power, all else will work itself out with “iron necessity.” This is the stupidest moment in our history!

Meanwhile I must add that the bigger problem is not with people like Bobi Wine who try. It is largely with us the more enlightened and informed sections of our society. We are busy working as bankers, lawyers, journalists, engineers, doctors, accountants and business persons and succeeding in our fields. So we despise politics and don’t want to soil our fingers with it. Many of us are even abroad working in international and multi national firms. We are comfortable to be armchair critics, which is necessary but not sufficient to cause change.

We have left the political struggle to the likes of Bobi Wine and his intolerant and anti democratic riffraff base without a clue of what to do with change. This crisis is both in the government and the opposition. The more enlightened forces of the NRM gave way long ago to wheeler dealers. Most went into silence or quit government and joined the private sector. In opposition, Besigye was left with the likes of Ingrid Turinawe and Mwijukye to build the party which has turned into a cult.

It is not that the enlightened forces didn’t try to fight. In both the NRM and the FDC, they lost the fight. It seems our politics is such that the riffraffs always win. And so there is proof of Museveni’s argument about the vicious cycle of backwardness, which he himself is caught up in. We are backward not because of our leaders. Rather our leaders are backward because backward social forces dominate our societies. How do we break this cycle?

Perhaps we need a cataclysmic event like the Rwanda genocide. This tends to destroy old forms of social control. Even then we would have to pray that we are lucky an enlightened and disciplined group captures power, mounts relatively unified action on reform. Short of this, I do not see how replacing one corrupt and incompetent government with an even more corrupt, more incompetent and more intolerant one makes sense.

The writer is the CEO of The Independent Magazine. 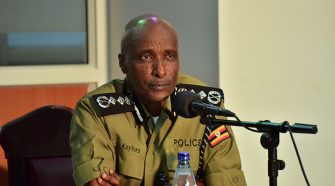