Persons holding certificates of customary land ownership must be accorded the same rights and benefits like those with other forms of ownership, the Rt. Hon. Deputy Speaker of Parliament, Jacob Oulanyah, has said.

“The certificate of customary land ownership and free hold or mailo are not different,” said Oulanyah, who added that treating the two as different makes it difficult for people holding the former to access credit from financial institutions intended to improve their economic standing.”

Oulanyah was speaking at a workshop organized by the Parliamentary Forum on Land, held at Parliament on Tuesday, 25th July 2017.

The workshop was held to discuss research findings by Land and Equity Movement Uganda (LEMU) and work by ZOA, an international NGO working in West Nile, Karamoja and Acholi sub regions.

Oulanyah, however said that one of the challenges with customary land ownership was that the certificate of ownership required the inclusion, with their consent, of all names of owners.

“It needs sensitization such that people agree that it is important to have the certificate, which is proof of ownership,” he said.

Judy Adoko said that certificates of customary ownership are meant for people who formerly owned land under communal system to move to own it individually, as envisaged by the British colonialists.

“These certificates are foreign and meant to move people to own land as individuals. People will not understand it and will not live happily,” said Adoko.

She also advised that instead of amending Article 26 of the Constitution, government should amend its enabling law, the Land Acquisition Act.

Hon. Bernard Atiku was concerned about the process involved in undertaking the customary land ownership process.

“Obtaining a certificate of customary ownership, has never been easy.  More often than not, the process is never successful. Can the government help with this process of registering land?” he said.

The representative from ZOA, Wilfred Babanda, said that the process is not easy but as an NGO they have subsidized the costs and have sensitised the community through drama and media messages on how to obtain them and the importance of the certificates.

MPs said that it was necessary to first resolve land ownership before government amends the Constitution to provide for compulsory acquisition of land before compensation. 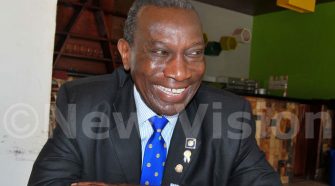