The Speaker of Parliament, Rebecca Kadaga has instructed the Parliament Committee on Education to carry on with an inspection tour of government’s model boarding schools that were meant to shield the girl child from illegal Female Genital Mutilation (FGM).

In 2010, as Parliament passed the law against FGM, it was agreed that government constructs model boarding schools in Karamoja and Sebei regions to protect the girl child during the seasons of circumcision.

Parliament’s intervention follows media reports on massive forceful practices of FGM in the district of Kween where over 100 girls have been victims of the practice in the last one month.

The Speaker of Parliament now wants the committee to ascertain whether the model schools that were meant to be constructed by government are in place and whether they are realizing their intended purpose.

“These schools were to be used to accommodate the girls during the season of circumcision. I know that the one in Amudat has not been built. The one in Nakapiripirit was abandoned, I think the only one that is built is the one in Kosin in Sebei,” Kadaga said during plenary on Thursday.

Kadaga further tasked the Ministry of Gender, Labour And Social Development to give an accountability of the Shs 200m allocated in the annual budget for the campaign against female genital mutilation in Karamoja and Sebei regions.

“We have been sending this money for the last 7 years but I dont know if there is any output. The Commiittee on Gender should thus take interest and establish what this money is doing and the impact of the campaign,” Kadaga said.

The Speaker as well called upon government to find alternative employment and sources of income for the local surgeons who earn a lot of money from the cultural practice.

“Those surgeons get a lot of money during circumcision, if you circumcise 100 girls, you get Shs 5m,” she said.

Amudat Woman MP, Nauwat Rosemary noted that the FGM practice can only end through educating the masses and keeping the girl children in the Sebei region in boarding schools. She appealed to government to ensure it completes the school structures that are meant to help these girls.

Nauwat however noted that the Shs 200m funding from government is still insufficient to sensitize all the masses, noting that more funding should be allocated to the campaign.

“This money goes to Reach Programme based in Sebei and it is that same money which is to be used in all the districts where FGM is practiced. It is very little,” Nauwat said.

In 2010, Uganda passed a law banning and criminalizing FGM, but studies show that the practice still thrives secretly especially in Sebei and Karamoja.

A report released by Uganda Women’s Network in 2017 indicated that over 80% of women and girls among the Pokot community (in Karamoja) undergo the procedure .

The report said that the nature of FGM practiced in this community was Type III which involves the removal of all of the external genitalia – clitoris, inner lips (labia minora) and outer lips (labia majora).

The supporters of the practice within the community say FGM is a form of cultural identity, rite of passage, suppresses women’s sexual desire and enforces fidelity. They also say it promotes hygiene and prepares girls for marriage by instilling pride and value among them.

The United Nations Population Fund (UNFPA) says there are about 200 million girls and women around the world who have gone through the cut. The consequences are both physical and psychological and can last a lifetime.

The procedure can cause severe bleeding, infections as well as complications urinating and during childbirth. 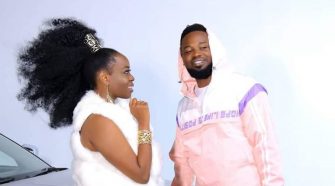 Angella Katatumba: I Broke Up With Daddy Andre After He Refused to Take an HIV Test