“It’s unfortunate that we have lost three soldiers and three others wounded in the attack,” Captain Mak Hazukay, Congolese FARDC army spokesperson in the Beni region told SoftPower News by phone.

The attackers also stole cows and drugs from the pharmacies.

Three civilians were also killed and many residents are still missing, locals told this news site while the Army spokesperson said that two ADF rebels were killed in the fight with the army.

Local human rights groups say more than 800 civilians have been killed near Beni by militia groups including ADF since October 2014, most in overnight raids by rebels carried out with machetes and hatchets.

According to DR Congo Army authorities, the attack by the rebels was in reprisal for FARDC operations against the ADF in the recent past. The ADF has previously been accused of killing 15 Tanzanian peacekeepers in the Beni area in December 2017.

Eastern DR Congo is plagued by dozens of armed militias that attack locals and exploit minerals. Congo, Africa’s biggest copper producer and the world’s largest source of cobalt, is preparing to hold presidential elections in December this year.

In the recent months, the Ugandan security has made strategic deployments in the stretch that borders with DR Congo to prevent any attacks by groups operating in Eastern DR Congo.

According to the Commander of the Land Forces, Maj Gen Peter Elwelu, the LDUs will be working under the auxiliary Forces and that their deployment was to fight against th negative forces in Eastern DRC “who want to destabilise the peace Ugandans are enjoying”.

Elwelu said these forces were being monitored and will be dealt with accordingly. 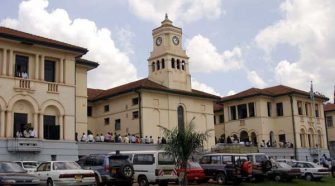