The Minister of Works and Transport, Monica Ntege Azuba has maintained the order by Transport Licensing Board to suspend the operation of buses belonging to Gaagaa for a period of one month.

This followed a matter of national importance raised by Ayivu County MP, Benard Atiku who noted that the decision that was taken by the Ministry has greatly affected transport in the entire West Nile region.

Atiku told Parliament that indeed there has been a lot of road carnage recently due to a number of reasons most of which hint to the poor management of public transport, but the decision to suspend Gaaga’s operations didn’t put into consideration a number of concerns.

He pointed out that since the ban, the transport fare for example from Kampala to Arua has been hiked from Shs 50,000 to Shs 75,000.

He informed the House that the United Bus Owners Association (UBOA) have today held a meeting and have resolved that incase the ban is not immediately resolved, they will all cease operations instantly.

However, Minister Azuba while responding to MP’s concern said that the Gaaga’s license will remain suspended for a month until a number of issues have been rectified by the company.

“It is true, the bus company was suspended for the safety of passengers which comes first before anything. It doesn’t make sense to have a number of buses that are always getting involved into accidents,” Azuba said.

“As a Ministry, we took the decision so that we can address the causes, in the recent past and the findings show that the faults were to do with the, I request that members understand that safety of persons is more important”.

The Minister asked that Parliament allows the transport regulators go through the process so as to find a solution to the rampant carnage.

Buses belonging to Gaagaa have in the past been involved in a number of fatal accidents, the latest being the one on May 25th at Coperlwor in Katulikire in Kiryandongo district in which over 20 people died.

Govt to Coordinate Funeral of Obote Minister, Peter Otai who Died in Exile 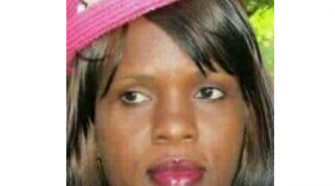