Uganda is set to host the 3rd Ministerial Meeting of the African Capacity for Immediate Response to Crisis (ACIRC) Volunteer Nations . The meeting will be held from 27th – 29thAugust 2017 at Serena Hotel in Kampala.

According to a statement issued by UPDF spokesperson Brig Richard Karemire, ACIRC is an interim multinational African initiative set up in November 2013 for military intervention as and when the need arises on the African Continent.

The meeting is also expected to consider the ACIRC operational budget and progress report as directed by the Luanda declaration among other key issues. 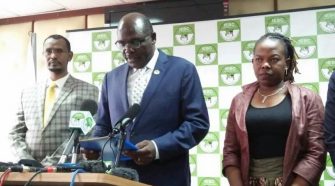