Tax body, Uganda Revenue Authority (URA) has committed to further create an enabling environment for the citizens to be more compliant in paying their taxes.

This was revealed by the Acting Commissioner General for URA, Patrick Mukiibi in his remarks while closing the Tax Payers’ Appreciation Week on Friday last week.

Mukiibi hailed the tax payers whom he termed as “economic liberators” of the country but added that URA is dedicated to facilitate them even more to make them acquainted with tax knowledge in order to improve compliance.

“Knowledge is power, therefore, our pledge is to empower you with tax knowledge that will enable you be better tax payers and be more compliant,” Mukiibi said during a dinner at which numerous individuals, private and government entities were awarded.

He also gave assurance that the tax body’s stand is zero tolerance to corruption and will further stamp out any such tendencies by any individual so as to turn around the perception among tax payers who think of URA staffers as corrupt. Such perception stands in the way of tax compliance, he noted.

“We are tackling corruption head on. Our Board recently passed the Lifestyle Audit Program which will be unraveling the mystery of a hammer-like lifestyle being procured by tuk-tuk income,” he said.

“We want to unravel that mystery so that you are confident with the people you are dealing with, and the environment is suitable for you to comply”.

During the Tax Payers’ Appreciation Week, over 120 government Ministries, Departments and Agencies (MDAs) exhibited their services and interacted with the ordinary Ugandans. Some agencies also gave free services including free registration of land titles, medical screening among others.

During the tax payers’ Appreciation awards dinner, Crown Beverages was awarded the Excel Award which recognizes tax payers with significant revenue contribution during the year to the Government coffers.

The receiver of this award registers outstanding growth in revenue contribution and employs a big number of Ugandans, thus contributing greatly to economic development. The runner up in this category was Nile Energy Limited.

URA’s acting Commissioner General, Patrick Mukiibi had earlier made a courtesy visit to several entities’ stalls. He commended Stanbic Bank for compliance and handed a certificate to the bank.

Stanbic, having paid up to UgShs 100 billion, is the fourth highest tax payer for 2017/18 financial year.

Speaking to SoftPower News after receiving the certificate, Stanbic Bank’s Managing Director Patrick Mweheire said, “As a bank, we believe in playing our role in building a better tomorrow for the growth and development of Uganda’s economy. Paying taxes is a huge part of that agenda and we are happy to be among the top 5 highest tax payers.” 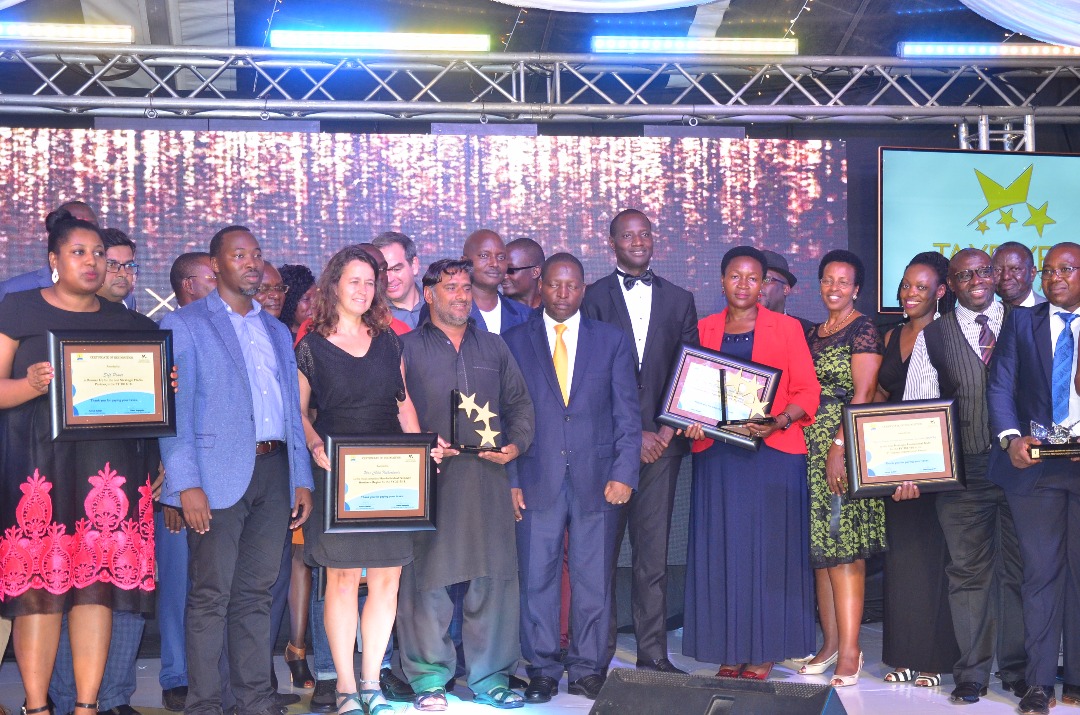 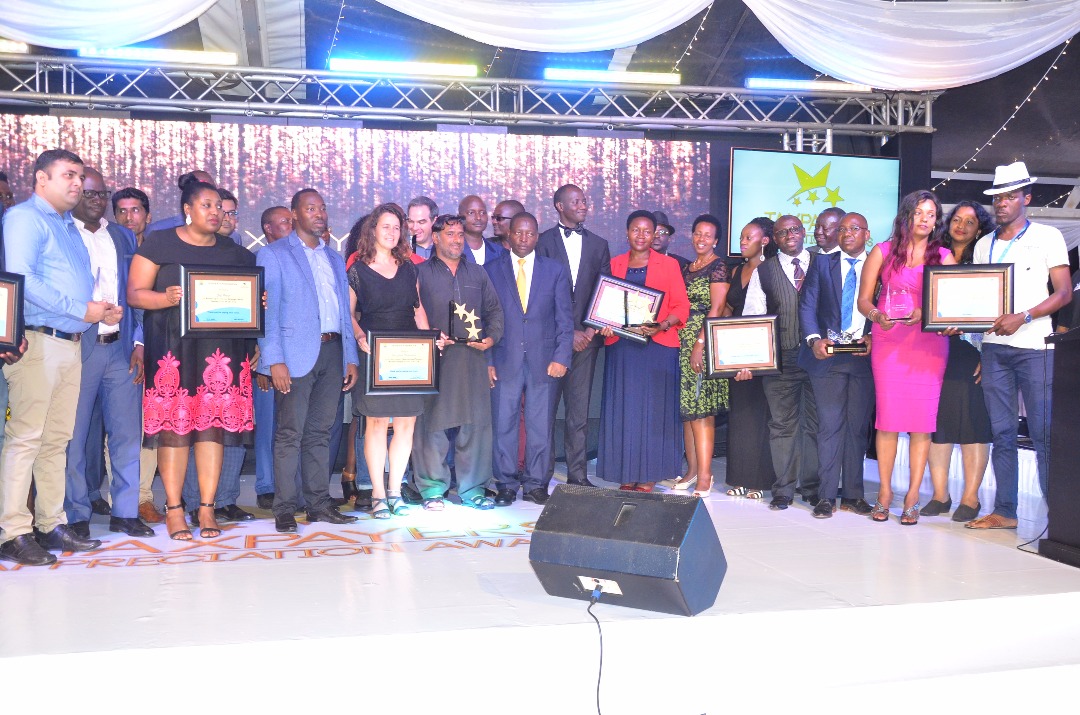 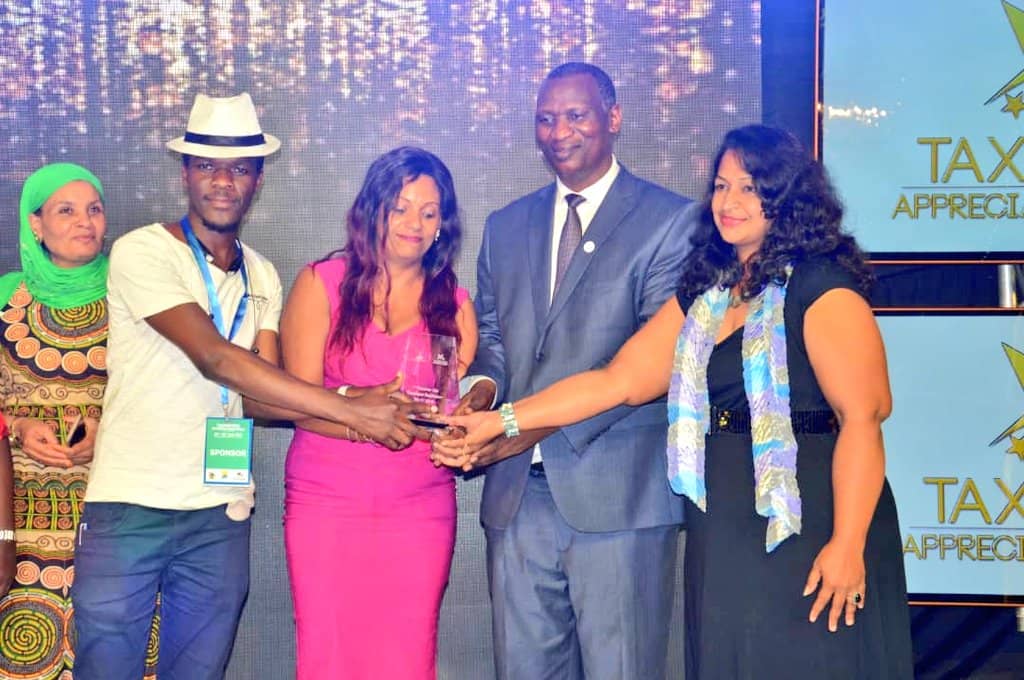 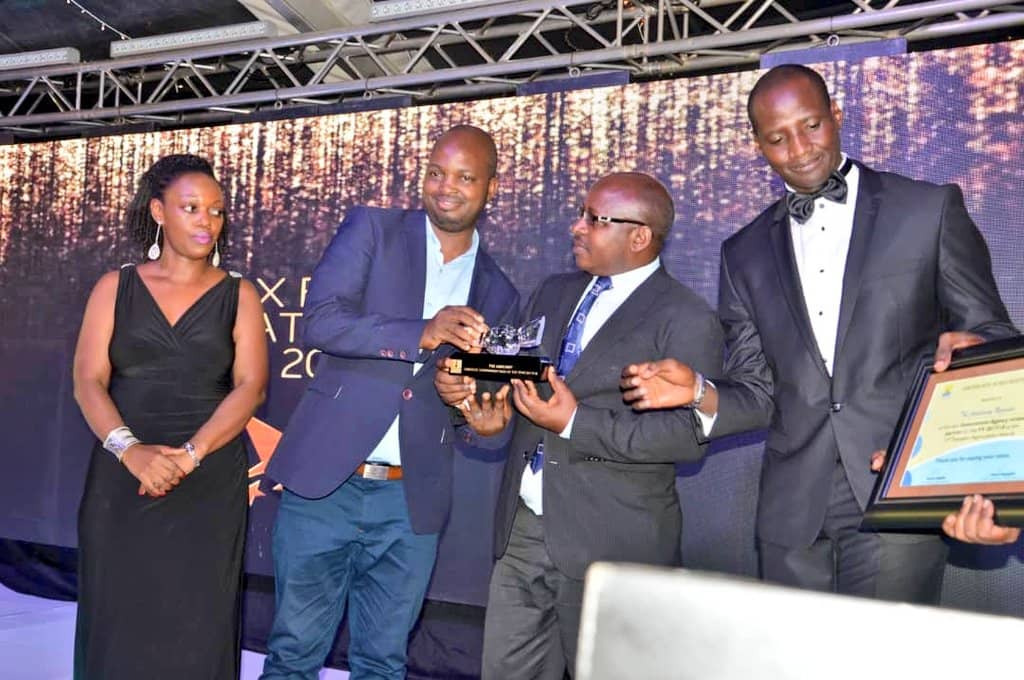 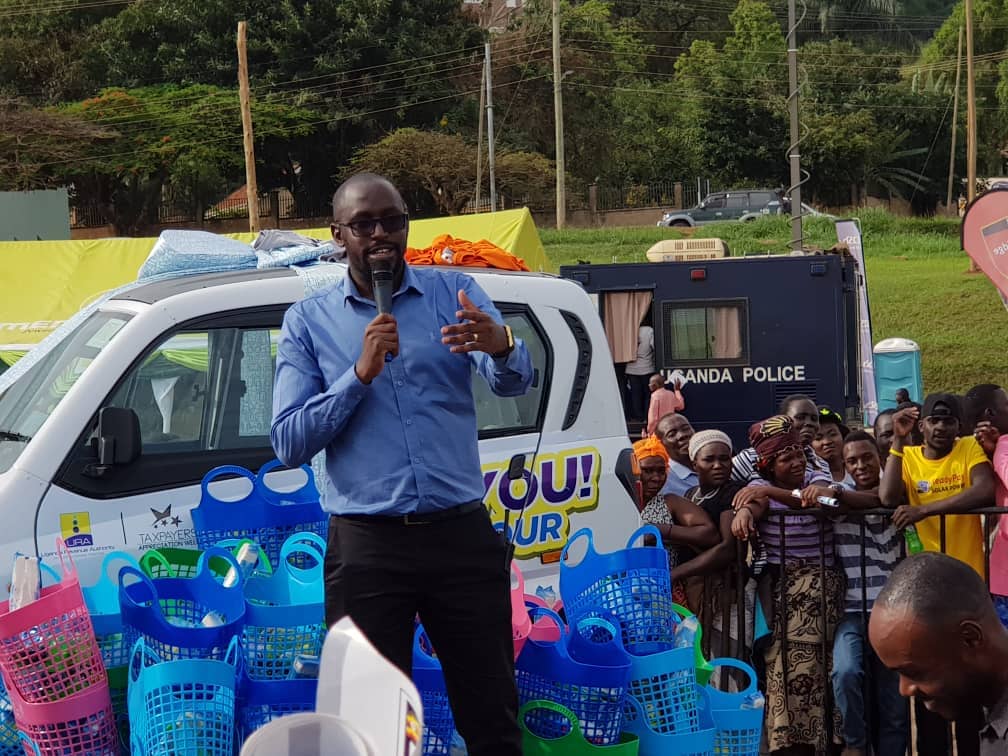 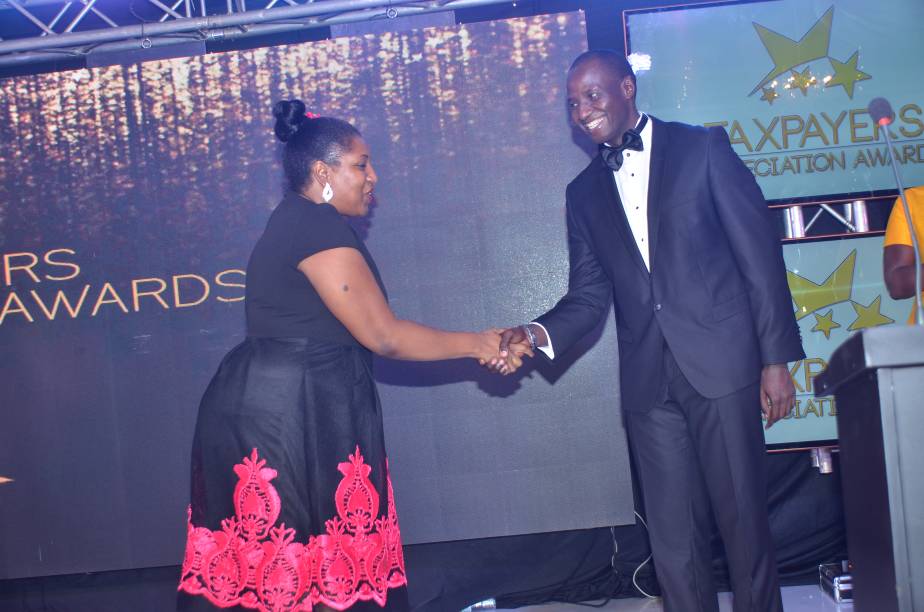 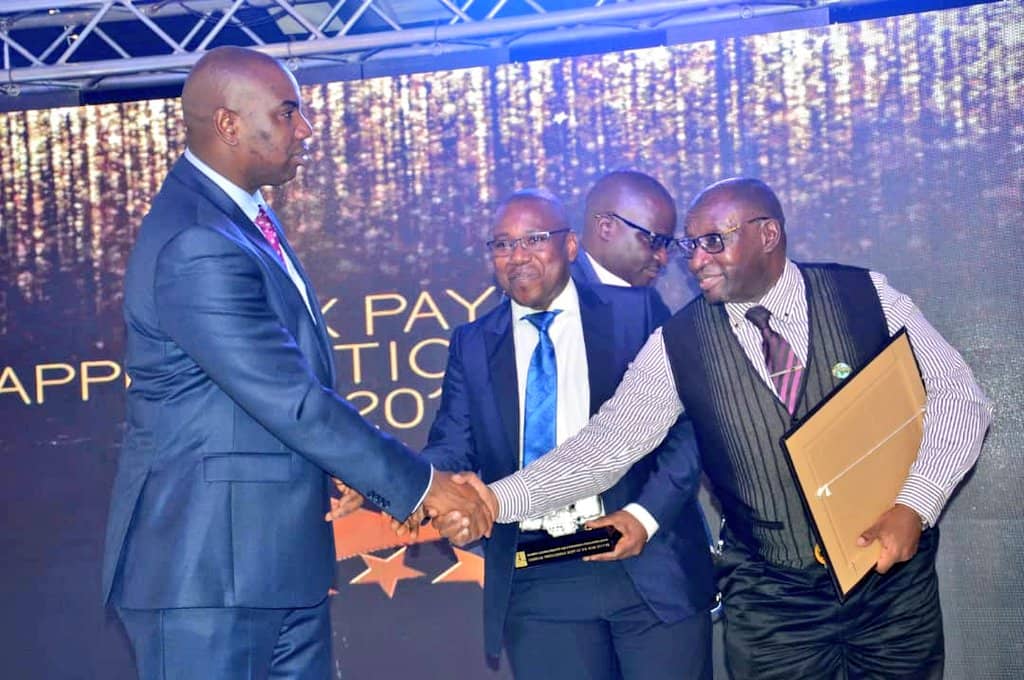 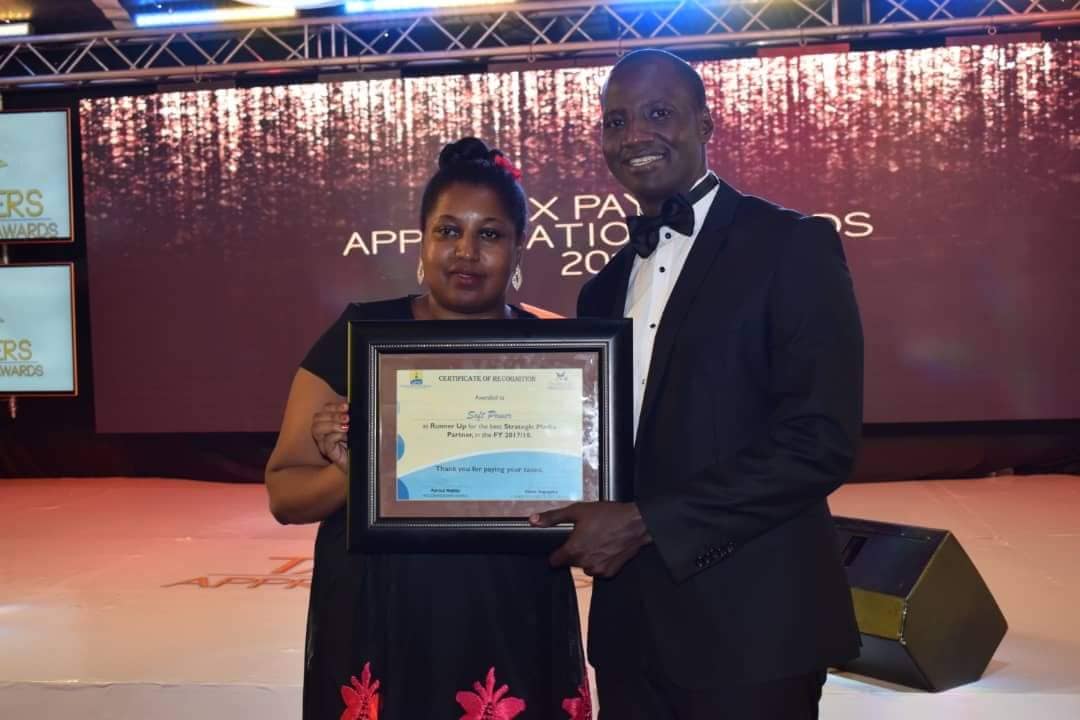 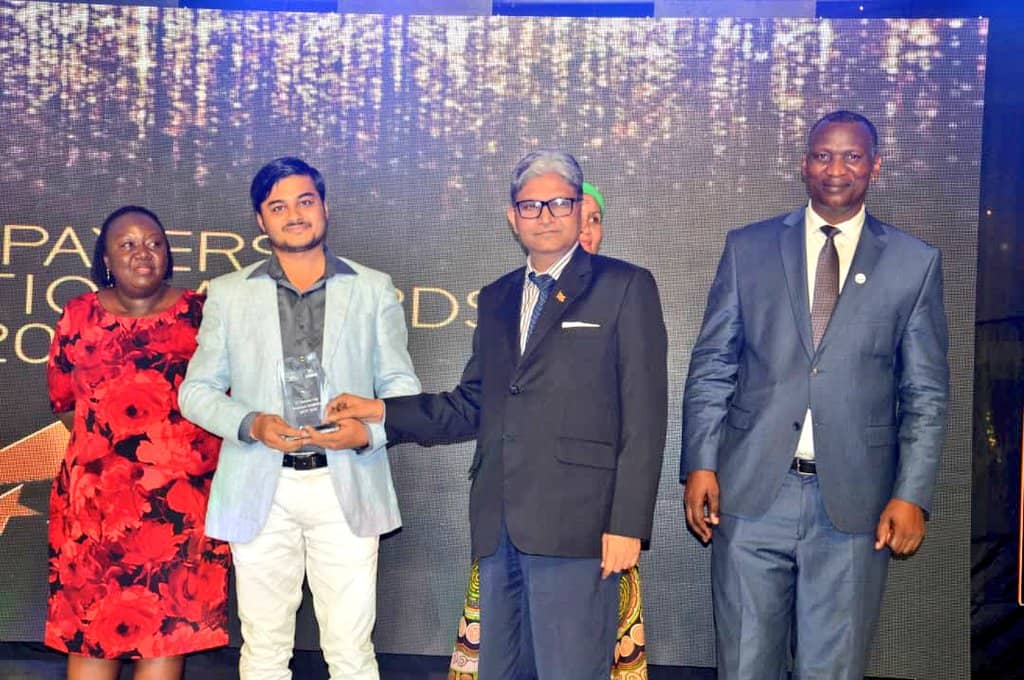