Pastor Wilson Bugembe has said that the damage caused by Saturday’s tragic incident on Lake Victoria in which dozens died could have been mitigated had the partiers on the boat not been drunk.

The pastor and gospel musician while commenting on the tragedy said that whereas it was an accident like any other, there is a lot that could have been prevented including not letting people on an unseaworthy vessel.

MV Templar a boat carrying partiers capsized on Lake Victoria last weekend killing 33 people, so far. Some 27 people have so far been confirmed to have been rescued.

While investigations are still ongoing to establish the cause of the accident, the Minister for Works told Parliament this week that the boat was in a poor mechanical condition and that Police attempted to stop people from boarding it, although unsuccessful.

Some of the survivors say that many of the individuals on the boat were drunk at the time it capsized and that they could not heed to the warnings by the crew.

“The incident was very sad. I pray for every family that lost a loved one. May this tragedy draw you closer to God, and to understand that life has an end,” Pastor Bugembe said.

“I don’t want to point fingers, I know an accident is an accident. But I think perhaps the results would have been different had people not been too drunk. Much as it could have been fate, but chances of survival for someone who has drowned and they are drunk are minimal,” he said while responding to questions by journalists during a press conference on Thursday.

He had been addressing reporters at his Worship House in Nansana on the annual Worship Night scheduled for today, Friday.

The ‘Nangirira’ singer also expressed dissatisfaction with government’s emergency response to the accident. He says that the time it took for the search teams to arrive at Mutima beach leaves a lot to be desired.

“The rescue choppers arrived the next day. If they had arrived earlier, perhaps some lives would have been saved. Had it been in the U.S, the response teams would have come in earlier, the helicopters would have been hovering over the lake all night, ambulances would be all over the place”.

He said the condition of the boat was worrying and appealed to Ugandans to always take their safety as a priority under such circumstances.

Even the boat itself wasn’t the best,” Bugembe said.

“I ask that next time before you get onto such a boat, care to assess the condition of the boat you are getting onto”.

One of the people who lost their lives in the tragedy had told Bugembe she would attend the Worship Night, he revealed.

“Esther had told me she would first attend Sheebah’s music concert (today) and thereafter come for the Worship Night. But she died on the boat. It is so sad”.

Pastor Bugembe says that this incident should be a lesson on the importance of taking safety precautions on a personal level even for those who use boda bodas and other means of transport. 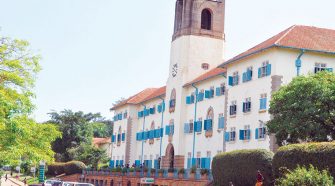