Social media has since Friday been awash with piercing comments and criticism towards Oxfam International Executive Director and wife to Dr. Kizza Besigye, Winnie Byanyima for discouraging women and young ladies from kneeling down while greeting their husbands and elders respectively.

In a tweet on Friday afternoon, Byanyima narrated how she stopped a young woman from kneeling down to greet her saying the practise is ” a humiliating ritual”.

“Neighbour Leonarda kneels down to greet me. I tell her not to kneel, but she insists that a young woman must show respect by kneeling 2 greet older women & men. I don’t agree, boys don’t kneel. How do we stop this humiliating ritual?”, Byanyima’s tweet read.

However, many Ugandans have lashed at her and accused her of indulging into other people’s culture, while others advised her to mind her own business.

Here is a sample people’s reactions on her tweet:

“Practice what you preach, we see you here kneeling. Please don’t mislead this great nation, we love culture and in some places, men also kneel before elders” – Kitubi Martin

“Men will always be men, they show respect in other forms. Men toil too much as well. Maybe men will start kneeling when you start loading tracks of cattle and give them to their parents as customary bride price. You can’t remove the landmark that your ancestors placed” – Ankunda Prisca

“That ‘boys don’t kneel?’ Generalisation right there is the reason Uganda needs federation. So that Republicans with power don’t use it to transpose their cultural anxieties on to people not like them. Boys in Buganda and Busoga do kneel. Let each culture decide on its own future” – Kalundi Sserumaga

“And what is humiliating about kneeling? I do it when praying, at 34 I do it while greeting my Mother and her female ilk and with gratitude! I do it when seeking privacy with my Grandmother! Am a modern man who is so proud of my African culture and ancestry!” – Tonny Muwangala

“Stop and stay in the UK! Kneeling isn’t a must; if you can’t kneel before your husband Kizza Besigye, leave those that can do for their husbands and elders” – Mathias Ssemanda

“Africans defending the ‘kneeling ritual’ as tradition better take that tradition and go hang themselves. Always citing tradition when it is oppressive to women. For your information, I don’t have to kneel to respect anyone” – Gathoni Wainaina

“There are practices that ain’t barbaric and neither wrong they simply differentiate us from the rest of the world and that’s uniqueness.
Am sure it’s not only Africa but even elsewhere. I still embrace culture. Woman is the sweetest companion God created for man” – Bentique de guide.

Kneeling down is a common cultural practise among some Bantu tribes especially Baganda and Basoga done while greeting elders and handing something to them.

It is also a religious custom common among catholics who kneel before priests. Many people who practise it argue that it is done to show kindness. 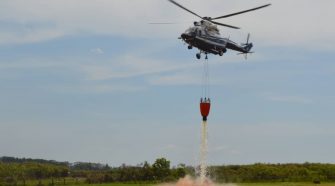