Oliver Mtukudzi, a legendary Zimbabwean jazz musician, has Wednesday afternoon passed on, at the age of 66 from a hospital in Zimbabwe’s Capital, Harare.

News of his death was broken by a tweet from Zimbabwean local publication Masvingo Mirror.

According to the tweet, the publication said it had it “on good authority that he [Mtukudzi] died two hours ago in the ICE at Avenues Clinic in Harare”.

It is reported that Mtukudzi has been struggling with his health for over a month, but no official statement has been released yet by the family and the cause of Mtukudzi’s death remains unknown.

Besides being a musician, Mtukudzi was also a businessman, philanthropist, human rights activist and UNICEF Goodwill Ambassador for Southern Africa Region. 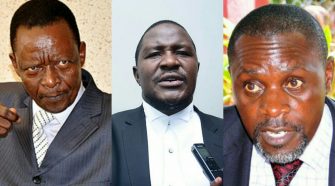